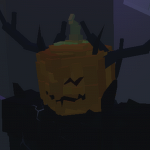 Welcome to my page, why are you even here

WHAT IS UP GAMERS!!!

Welcome to my page where I write about a whole lot of nonsense that you shouldn't read about, jk I will spread the wisdom of Fantastic Frontier ;). There are many farming techniques out in the world of Minecraft but there is none other than the Lost farm. Parasite is also a very good way to get some cash cash money but you waste more time than Lost. If you're an epic gamer such as I, you just do lost for rare weapons and vanity but if you're a pleb, grinding Lost is a great way to make money. Democan will be a pain to get the key from but if you're lucky, then you're set. The Lost is a very annoying boss, as it has plentiful amount of HP and will bean you with his glass peeps if you don't act quick. I advise using a salamander or something with range, as you need to keep your distance. Everybody wants that spear that's worth 15 Million and yes it's cool and all but what you really want is PROPAGANDA HEAD. This hat is the literal best as it is stylish and very affordable. You want to get it from lost rather than buying it because it costs 18 or 20 mil but shop at the Manager Supreme guy he sells it for the cheapest. Now lets stop talking about Lost and more about Mr. 58.

So now I'm rambling on but idc. Mr. 58 is a pretty easy boss once you know da way. Some good tips are to stay between the red guy and the blue guy. The guy with the gun, well he has a gun, will bean you so quickly you won't have enough time to use that sweet food you got from Stick. Anyways the best moment to start spamming everything you got is when Mr. 58 himself starts shooting the laser beam thing. All ya gotta do is stay against the wall and parasol. This is assuming you have the parasol and then you can pack in as much dps as you possibly can. I advise fighting Mr. 58 solo as he has less HP so that's less time for you to die. First time you beat Mr. 58, you get Pommel's Helmet. It's a decent helm for mid-tier players but otherwise, it's vanity or keep it in a chest. FL armor is really good because of the decreased energy usage, allowing you to attack more. If you have gotten this far, good job but you should probably look elsewhere for this information. Onto the big man himself, CIRCUS.

So Circus, is a pain in the certain part of the body as he will stop your regen with his red ball thing. The way I beat him, is that I stood on his back and kept jumping. This strategy usually works but he has one move that has an area affect around him, causing you to get hit. I advise bringing Rich Man's Delights along the way, just in case he starts spamming that one move. Some people just fight him on the ground, but I don't feel safe with him swinging his glove arms around. The best part about beating him, is that the Vanguard armor sells for complete garbage. I almost forgot, but the beginning parts before you fight Circus are really annoying. The walking hand things will murder you and they have a decent amount of HP. After that, you're put in a room full of things that will squish and roll you. What I do is I hide in the corner, but this one time, I kept getting hit by the bookshelf somehow. The moving props do a lot of damage, and will kill you really easily. Once you finish that stage, you have to do the floor is lava challenge except it's rigged. The first room, you have to go straight and go to the left corner of the hallway, you will be safe. The second, go to the right corner I think. Then you have to find a way to actually go through the hallway faster than the hot rocks and go to the end. Keep shooting the ratboy until you meet Circus. Hard battle, unrewarding.

So that just sums up my thoughts on these bosses and how they can be very broken.

Retrieved from "https://fantastic-frontier-roblox.fandom.com/wiki/User:Tchan360?oldid=66219"
Community content is available under CC-BY-SA unless otherwise noted.