The Road is a vast linear, long area that can be accessed after leaving The Supermarket, by using an Ancient Key to unlock one of the three ancient key-locked doors in the zone. It is described as a very long, narrow road cloaked by the empty darknesses of the Nightmare, with cracks and black boulders surrounding the shoulders of the road, as well as stoplights and road barriers scattered across the road. Should the player wish to return to the Supermarket without the need to travel, they can interact with an abandoned plaque just behind the player's starting point.

Near the halfway point of The Road, it breaks up into disconnected parts and peculiar red pieces of circuitry can be seen scattered about the highway. The Hidden Key Door can be found at the very bottom of the area. This door leads to The Back Area, a small zone that borders The Theatre and The Supermarket.

After around 10 to 30 minutes of traveling east through the road, the players will finally reach the End of the Road's starting point, where they may encounter the Democan, a horrific sword-wielding boss commonly found at the End of the Road.

The only bird that can be found on The Road is the Bat.

There are a decent amount of harvestables that a player can find on The Road including: Bad Dust, Caught Man, Collection Box, Concentration Cube, Nightmare Flower, Produce, Replication Fear, Road Radio, and Twig Screech

The Road is one of the deadliest zones in the Nightmare, all of which are: Boomer, Corrupted Gold Knight, Crimson Ogre, Dark Ghost, Data Mite, Democan, Industry Giant, Macabre Candelabra, Path Gambler, Red Wolf, Spiker, The Chewed, and Traffic Buster.

A rough sketch of all the landmarks in The Road.

The Hidden Key door located in the chasm area of The Road. 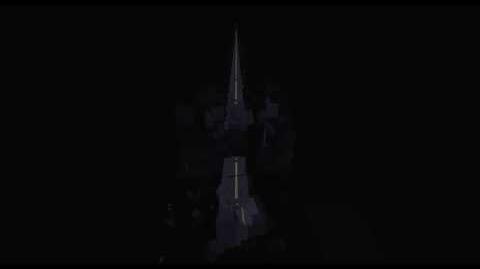 The Road - Flythrough
Flythrough of The Road.

The chasm in The Road, as well as the Hidden Key door (look at the side of one of the broken pieces of The Road).

The 1st darkness area of The Road.

The 2nd darkness area (tunnel) of The Road, as seen from above.

The 2nd darkness area (tunnel) as seen from the front.
Community content is available under CC-BY-SA unless otherwise noted.
Advertisement