Birds that can be found in the area include Applebird, Bluenal, Brownbird, Cloudbird, and the Forgotten Bird. 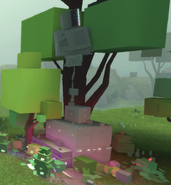 The monument added to the zone during the Spring Update.

Community content is available under CC-BY-SA unless otherwise noted.