When Mr. Mickey (the player) attempts to examine a fake Power Lamp, it will explode, dealing 700 damage in addition to a constantly ticking 60 damage if they do not step away from the flaming residue that appears shortly afterwards. Upon finding the real Power Lamp, the Power Lamp will be added to Mr. Mickey's inventory (the player's inventory), and the surgery will be complete. Attempting to collect leftover Power Lamps is considered pointless, as it will only result in Mr. Mickey taking in more damage from its explosion and flaming residues. 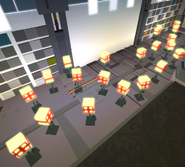 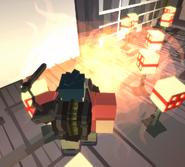 Mr. Mickey (the player) taking in damage from the fake Power Lamp's explosion.
Community content is available under CC-BY-SA unless otherwise noted.
Advertisement