The Path Gambler is an odd-looking red idling entity that can be found in several places of The Nightmare, most commonly in the Meeting Place, The Road, and The Supermarket.

There are seven known attacks that the Path Gambler can perform:

The drop rates of every single collectible that can be acquired from the Path Gambler. Any claims of "missing items" that the Path Gambler could drop will be cast aside as false information.

To kill the Path Gambler, the players should stand far away from the Path Gambler to prevent it from damaging you with its spells, or even far enough where they are unable to even cast the spells . From there, they should use ranged and/or magic weapons to eliminate the mob. The Path Gambler will teleport away if it stops receiving damage for too long while unable to attack, so be sure to continue damaging it periodically so it doesn't do so. 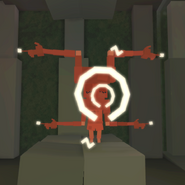 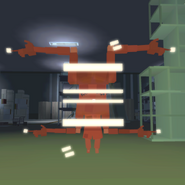 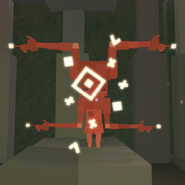 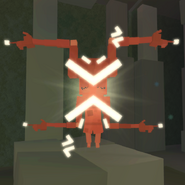 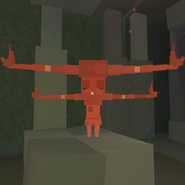 The T-Poser T-poses away!
Community content is available under CC-BY-SA unless otherwise noted.
Advertisement