The Collector's Cap can be obtained by two different methods. The first method is by opening Deep Sea Treasure Chests that can be obtained by fishing. The second method is by completing certain expert-hunting and collecting tasks given by Slayer, an NPC that was added in the 1.10 Update. There are currently four known expert tasks that can reward the Collector's Cap:

A player wearing the Collector's Cap 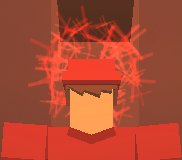 Its particle effects up-close.
Community content is available under CC-BY-SA unless otherwise noted.