Ive been seeing people with multiple itmes in there vanity at a time, like for example The minion with the crown. Im wondering how to do this so i can aleast look good over the ugly minion on my head, even tho its not that bad looking with my outfit

If your main weapon is the grl then keep the armor and stuff you have, if u dont care much about def and want more dps, replace the fl helm with Propaganda Head to get that extra endurance.

Gift trees is a good source of money, however you have to be rich in the first place to really make use of them

If you want DPS go fl

If you want to save money go Drill bit

Wheres Gnome, its a weapon type on its own

Ricardo301 what? are u not going to share the info?

Anyone want to give my a list of items that make up to the best melee setup possibe. This includes armor, weapons and accessories.

You see im getting bored as hell playing as ranger, and ive been using the red power fists alot lately and ive been loving them so i kinda want to go melee for a bit.

The things u will suffer and want to die finding are, mandrake seeds, caugtman and the rusty trophy. Gl my dude

Yea i bought machine rug, its very powerful when using other weapons like melee and magic, and espessicaly when using the handgun. however im an gnome user to FL is still my choice of armor.

Its very nice looking tho, i can say that much. Its my new vanity, i just like the look of it

Could this be the new king of the armor sets?

If you ever want an carry, @TravMiner123 in disc, i might give you an carry if im not busy

Get urself some magic since its really good for starters. Magic can be found in gnome school, which is in topple behind an big red door. You could either get Firesoul which is cheeper, or darktoad which is more expensive but can heal you when you hit an monster.

First armor set you should get is Gardendweller, since its pretty cheep and its an good set with ok armor and decent damage bonus's, 55+ to all damage each piece. This can be sold by Linkman the Junkman.

Linkman can be found randomly in both citys, just look around for an guy with an gray stick with an eye patroding from behind him, his gray not white like another npc and his not surrounded by boxes and stuff like another npc.

After that i would reccomend saving for forgotten life, stargun and so on.

Also if anyone (like myself) is offering tower carrys, take em. They earn you alot of money.

For all the people confused, it’s the bird. His a bit broken 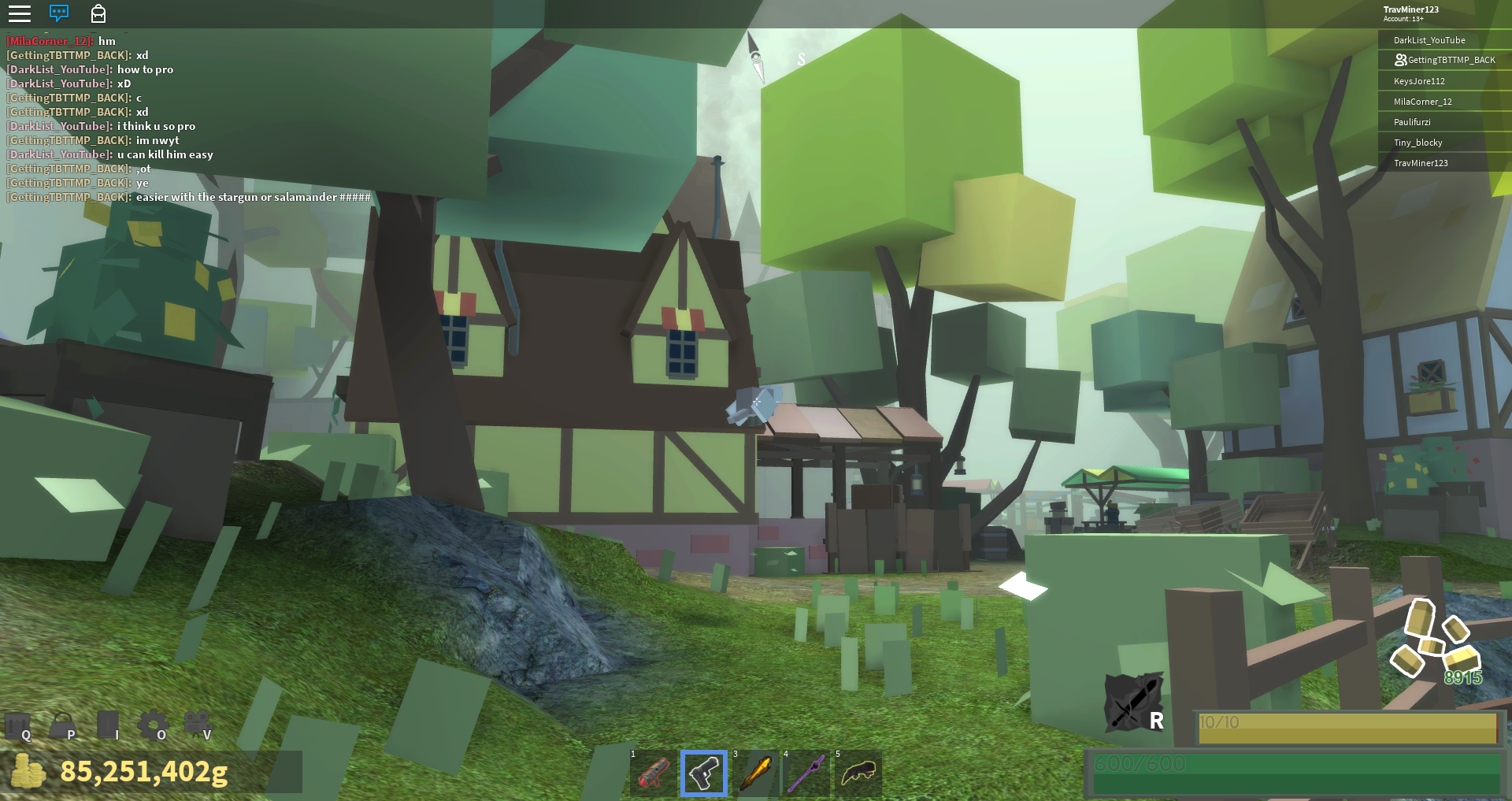 I personally like the honoring blade, its good dps because of its special and has the damage similer to the frontier greatsword.